Sheep and goat diets in Mali are based on fibrous, low nutrient feeds like mature pastures and crop residues. These feeds are deficient in protein, minerals and vitamins and are poorly digested keeping intake low.  Supplementation with urea-molasses blocks can increase digestibility of fibrous feeds by up to 20%, and increase nutrient and feed intake by up to 30%. During the process vitamins, minerals, and protein can be added.

Produce urea-molasses blocks for supplemental feeding during the dry season and as an income generating small enterprise. If molasses is not available, substitute a suitable replacement such as honey or a fruit syrup, such as from mangoes when they are plentiful.

The common ingredients used in making feed blocks are:

Molasses is used to induce animals to eat the block due to its sweet taste.  Molasses provides energy and some other nutrients and minerals like sulfur.  The block should not contain more than 40 to 50% molasses or it will break too easily and take too long to dry.

Urea known to farmers as fertilizer for crop production is used to make the blocks. It is advisable that the amount of urea be limited to 10% to avoid poisoning.  Urea is essential in improving digestibility and providing protein.  Cereal bran is the most common fibrous feed used.  The bran provides protein and helps hold the block together.  Finely chopped straw, or finely ground leaves from leguminous shrubs (leucaena, calliandra, etc.) can substitute for cereal bran. 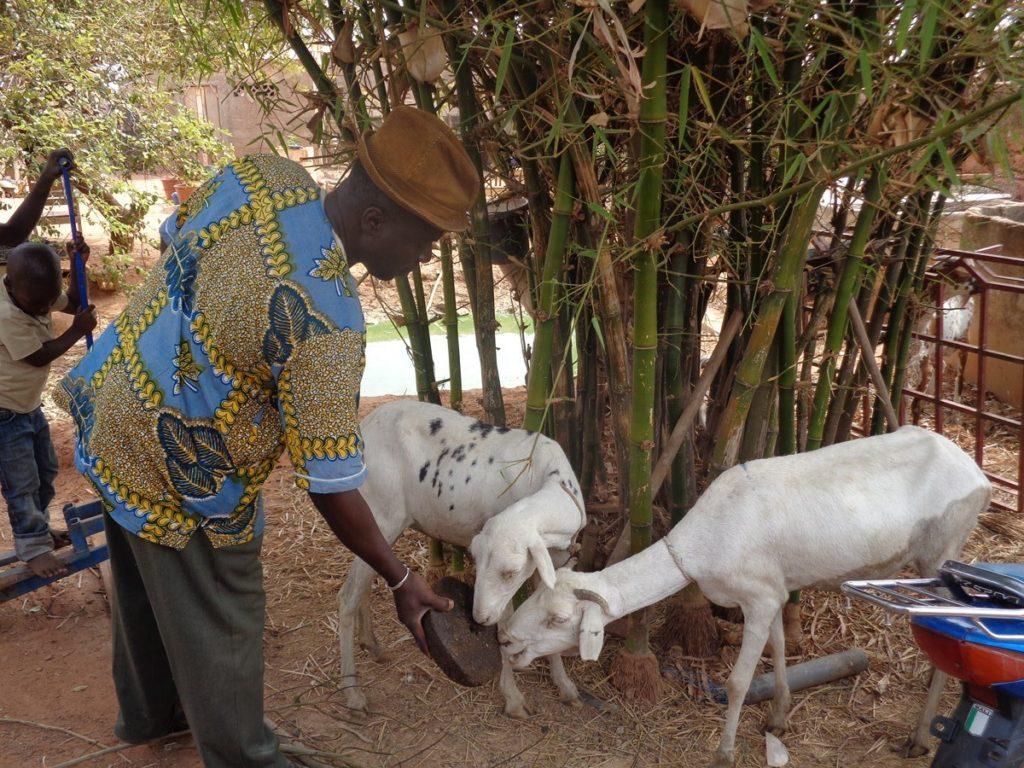 Urea Molasses Blocks can be an important source of supplement nutrition for sheep and goats to increase intake and increase productivity. They can be made from locally available materials with the main ingredients being molasses, urea, salt, and wheat bran. Other ingredients such as minerals and vitamins can be added.

Blocks must be mixed well to prevent the potential of urea poisoning.  Feed blocks only to ruminant animals (sheep, goats, cattle).  Feed forage before the animal is supplied with the block.  Blocks should be used as a supplement and not as the base ration.