Alfousseni is the Founding President of Bamako English Toastmasters Club in 2015, the first English Toastmasters club in Mali and ran the organization for a year. In 2016, he was a laureate among the 1,000 young people selected in sub-Saharan Africa to participate in the Mandela Washington Fellowship commonly known as YALI in the United States at Arizona State University from June to September. In addition to the YALI, Alfousseni had the opportunity to participate in other leadership programs such as: the YALI TechCamp in South Africa (October 2015), Leadership in the Sahel in Burkina Faso (February 2016), the Rural Future Lab in Germany (May 2017), the Green Innovations Center sub-regional conference in Kenya (December 2017). Alfousseni participated in the prestigious African Forum on the Green Revolution in Kigali, Rwanda, a forum that recorded the participation of 2,800 leaders, entrepreneurs, and change agents around the world in September 2018.

In April 2017, Alfouseni was chosen as spokesperson for youth from the G20 & Africa countries at the G20 conference in Berlin, Germany, whose theme was: Hunger Free World, The Future of the Rural World. He has extensive experience in areas that touch on issues related to youth and the rural world. In April 2016, Alfousseni founded his interpreting and translation firm, coaching, training called Live Your Dream Mali (LYD Mali). The aim of LYD Mali is to help all those wishing to strengthen in the areas of leadership, communication, citizenship, English, personal development. 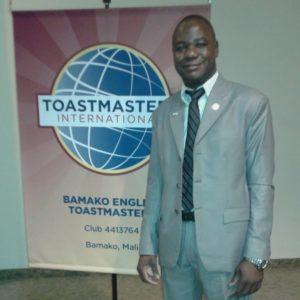