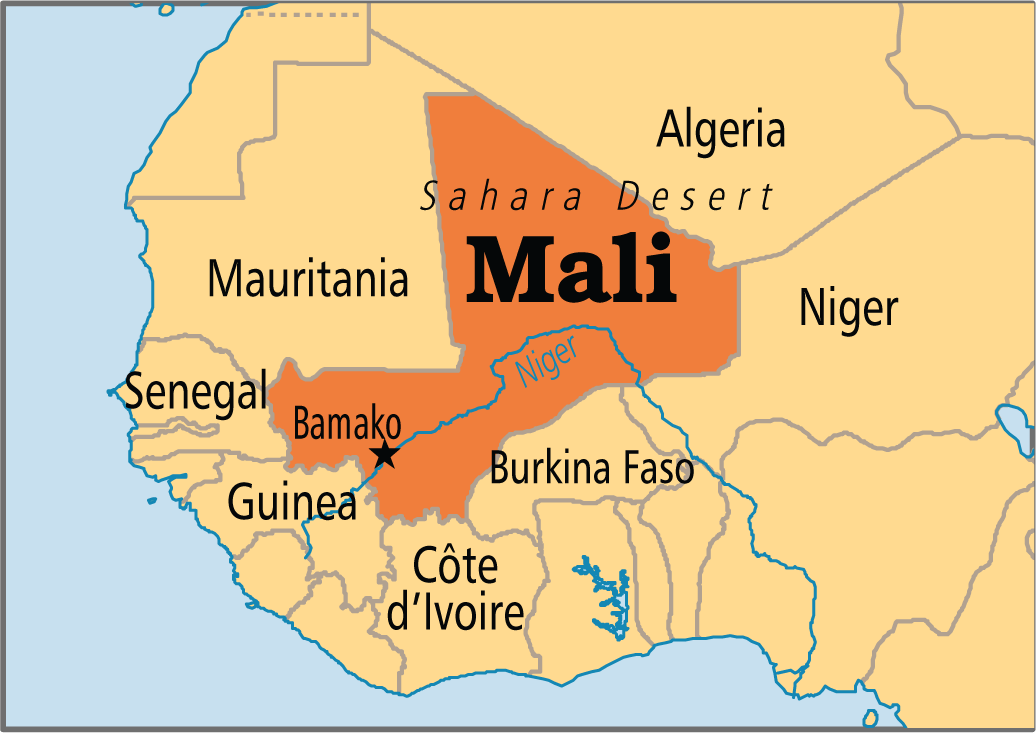 Mali is a landlocked country in the middle of West Africa. It is the largest country in West Africa and consists of 3 zones; the Sahara Desert, the Sahel, and the cultivated Savanna.

The Sahara Desert and the Sahel semi-desert covers over 65% of the land mass. The Sahel is a transition zone of semi-arid grassland between the Sahara Desert and the more wooded southern savanna. At one time it was home to large populations of grazing animals. Traditionally, most of the people in the Sahel have been semi-nomads with strong livestock traditions whereas the cultivated Savanna is a broad belt of tropical savanna that supports a variety of crops, trees, and grasses.

Mali was once a crossroad for trade and well known for the historical city of Timbuktu. Camel caravans loaded with gold traveled through the desert and the historical city of Timbuktu to Morocco. Although now under threat of desertification, during the 15th and 16th centuries Timbuktu was a wealthy, intellectual and spiritual center and an important market place for manuscripts, salt, gold, cattle and grain.

Volunteers share their hope and vision of a powerful future Mali capable of directing its own future and providing employment, food security and a healthy environment for their diverse communities.