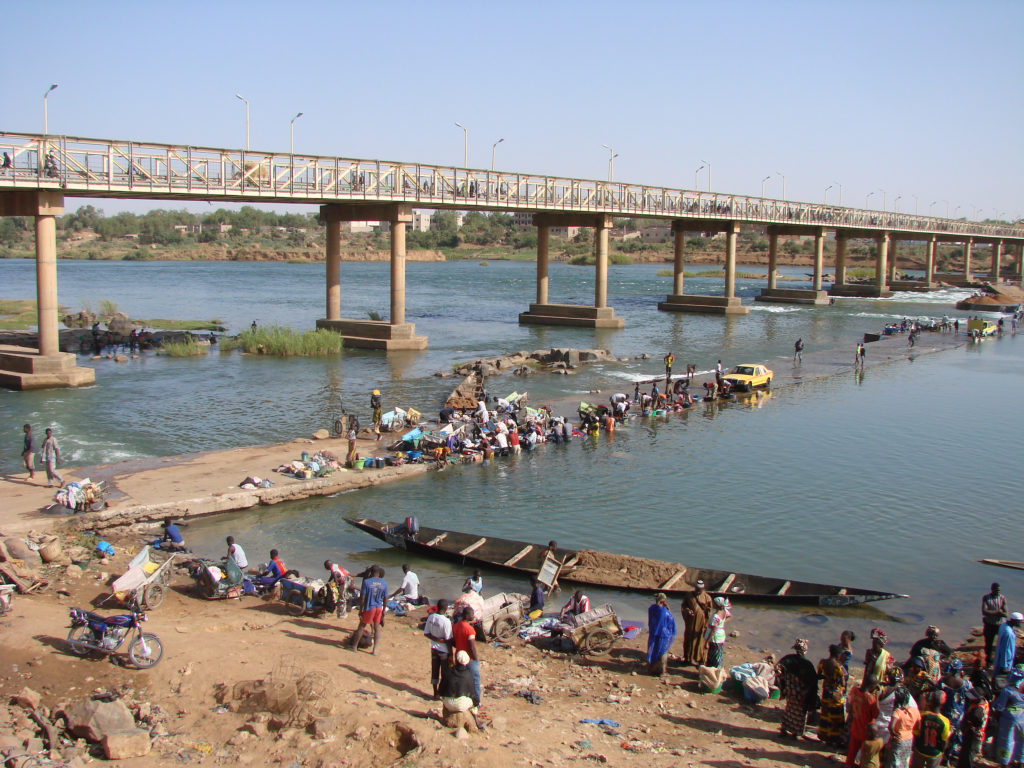 The Niger River is the third longest river in Africa flowing through nine countries. Its source is in the highlands of Guinea. It takes a most curious path, a large snake like curve, to its outlet in the Gulf of Guinea. Some sources state it was actually two rivers that merged centuries ago. The Niger creates a large and fertile inland delta as it arcs northeast through Mali and the river is generally described as Mali’s lifeblood. It is the source of food, drinking water, irrigation and transportation.

Farmers are highly dependent on the Niger River for food crops like cotton, maize, rice, sweet potatoes and peanuts, but seasonal water level fluctuations and longer-term climate change have made farming an unreliable source of income and sustenance. Water resources are under constantly increasing pressure from irrigation practices and climate change.

Through education and demonstration of sustainable practices volunteers help enrich the soil and preserve the water quality of this marvelous resource for future generations.