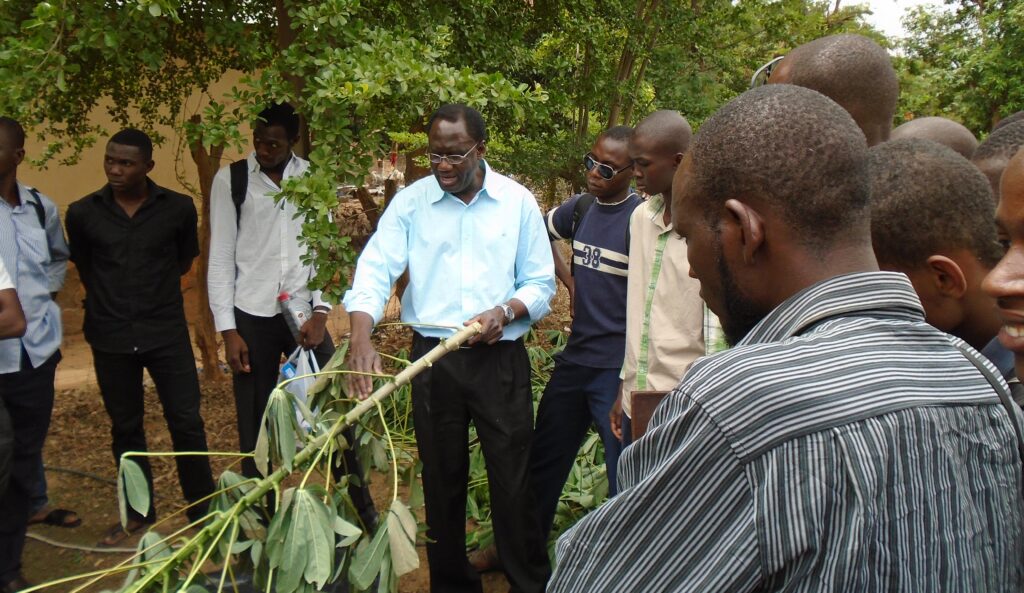 Trees and climate change have an important relationship. Trees not only fights the effects of climate change but it provides opportunities for livestock feed, improved soil, shaded pasture land and more for rural communities.

A research project was conducted by the Game and Wildlife Conservation Trust to test the impact of adding leaves to the diet of sheep. They had a belief that leaves added to fodder could help reduce the amount of greenhouse gases produced by sheep urine.

They monitored four groups of six sheep each, half of which were being fed 200g of goat willow leaves per day. Monitoring urine patches everyday, they found reductions in nitrous oxides and carbon dioxide, and lower ammonia emissions in the leaf consumption groups.

Although this study is in preliminary stages, there is great promise to be able to reduce the impact agriculture has on climate change. The interaction between trees and livestock isn’t anything new and more experts are pushing to promote the benefits of agroforestry.

From 2015-2016 we introduced more than 3,000 fertilizer trees to pasture land in Mali, West Africa. Due to the regional weather that switches between the dry and rainy season three species of legume trees were planted. This plot of land located in Katibougou was used for an experimental site to test the resilience of the plants and learn to overcome challenges. After about a year, only ¼ of the trees survived because of severe drought and termites. 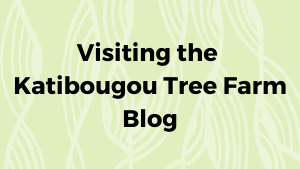 For a region that is suffering from desertification, finding the proper care and species of trees is essential to access the benefits to the land, their livestock and the environment overall. 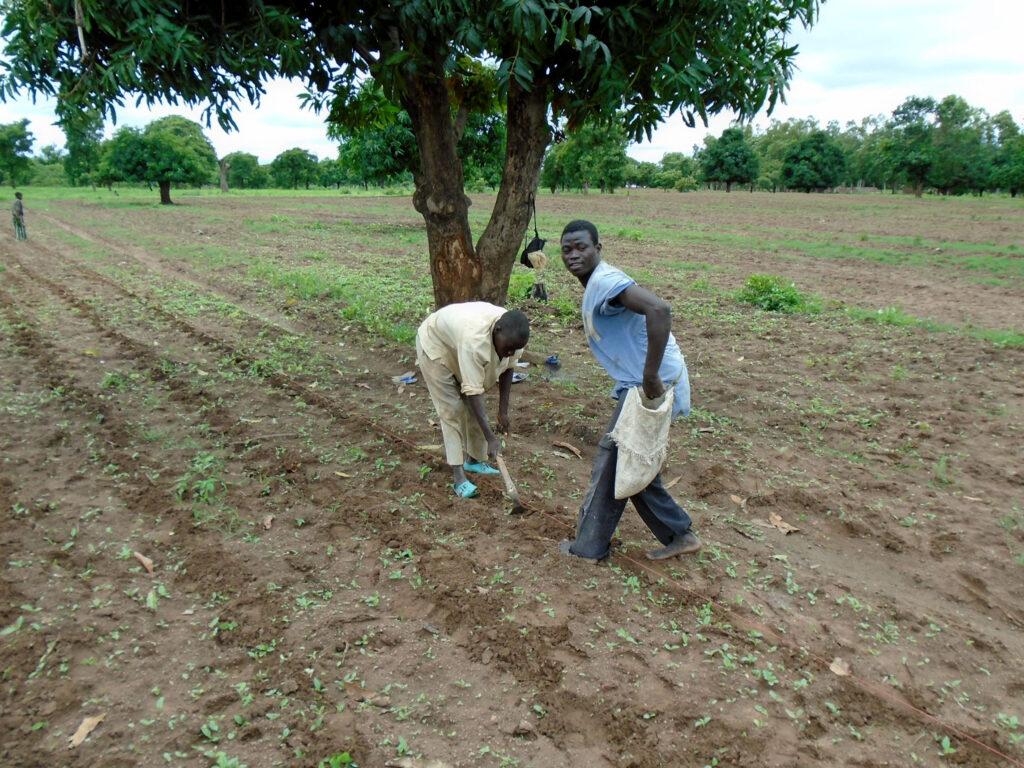 What is agroforestry and what is the impact it has on climate change?

Agroforestry is a way to introduce woody perennials, such as trees and shrubs, to a land management area with crops and livestock. According to the Committee on Climate Change, agroforestry could save carbon emissions of 5.9 MtCO2e per year by 2050. 13% of the total current emissions from the agriculture sector.

Project Drawdown ranks silvopasture, one method of agroforestry, as the ninth method out of 80 as the most effective way to battle climate change. Silvopasture is an intentional combination of trees, forage plants and livestock together as an integrated system. Instead of an open grazing field, there can be trees or shrubs throughout the space where crops or livestock are situated.

This method of farming is gaining a lot of attention as experts in climate change are seeing the reduced amounts of agriculture’s production of greenhouse gases. It also supports the new study of leaves as fodder to minimize the effects of animal waste in meat production.

How does this practice help the livestock? 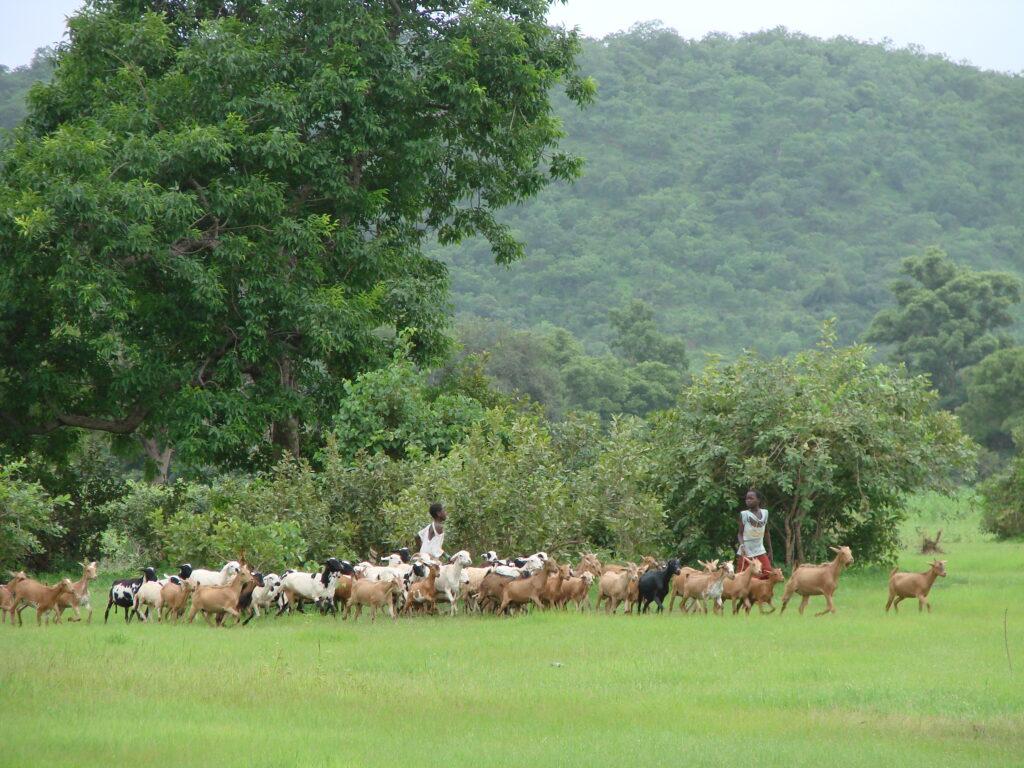 The use of trees in silvopasture offer benefits to the animals as well. There’s protection for livestock from the heat and cold, increased forage opportunities and the prunings can be used as fodder. Meanwhile, more trees increase the diversity of wildlife in the area, hold water in the soil and provide opportunity for pollinators to flourish.

Silvopasture offers positive opportunities for the overall well being of the agricultural world, so why isn’t it being adopted everywhere?

Most farmers have grassy fields or are filled with crops. Either way, the land would need to be prepared and managed for new growth. The fields would need to have around 50 steam per acre at a cost of about $15 a tree. A small farm could cost around $18,750, a significant amount of money for farmers to implement a project that could take years to mature. The young trees also need to be protected by different fencing techniques until they can stand on their own. After about five years the trees may be big enough to provide shade, but it’s definitely a gamble to wait during the grow time.

In the Midwest there are opportunities to purchase land that’s already forested, but in a way where there is limited biodiversity from previous crop land that grew without management. Purchasing this land wouldn’t require buying, planting, and waiting for tree growth, but it would need to be properly maintained to benefit the forest, as well as the livestock.

And that’s just in the United States.

Other regions of the world, such as Mali and Burkina Faso, are experiencing issues related to climate change, an unstable economy and political unrest that make it difficult to make those changes necessary. Common Pastures is one organization hoping to continue to aid farmers with trees to benefit their livestock, soil, food stability and climate change.

Silvopasture continues to be studied for environmental and livestock interaction to find the most practical way to move forward in a way that supports farmers while mitigating climate change.