Cassava is the world’s third largest source of low cost carbohydrates with Africa as its largest center of production. It is the principal source of nutrition for about 600 million people or even more around the world. It is especially important during and following droughts and unusual rainfall patterns that often lessens the productivity of maize and other important crops.

It is a drought resistant crop capable of withstanding extreme weather conditions and survives on marginal, not very fertile soils, and is available throughout the year. It plays a major role in lessening the African food crisis because of its high yield, year-round availability, tolerance to extreme climatic conditions and good source of carbohydrate and protein. It is also rich in minerals, vitamins A, B and C.

Why are Cassava Stalks Important for Sheep and Goats?

Cassava stocks is a crop byproduct that is usually wasted. It is a starch tuber raised by smallholder farmers for human consumption. It grows well in poor soils and on marginal and degraded land. It survives drought, intense tropical sunlight and heat, so provides a stable source of food and income when other crops fail. The foliage part of the plant is highly prolific but toxic to livestock when fresh due to the hydrocyanic acid in the plant. 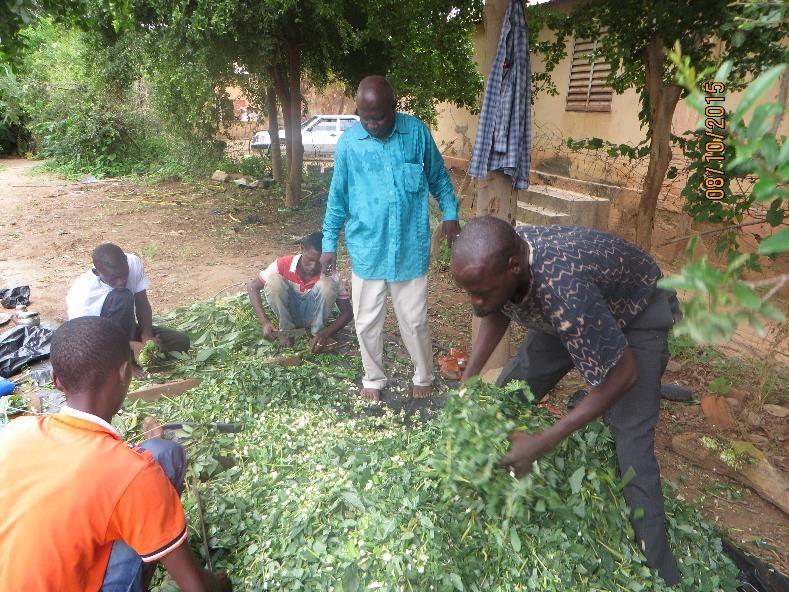 Cassava dry hay and silage is safe to feed to animals but needs drying or simple processing so it will be digested efficiently. The silo bag curing method was used to convert the waste byproduct to a safe feed for livestock with resultant crude protein (CP) at approximately 13%.

This compares to cassava hay at approximately 8% CP and the desired cowpea hay at 12% CP. With over 4,000 hectares of cassava grown in the area we work, silage would be an important product for milking herds and could be a profitable small business for an entrepreneur.

The availability of native or alternative feeds has always been a limiting factor for the health and well-being of livestock in developing countries especially during the dry season. Cassava leaves have very high protein levels that would benefit sheep and goats as a supplement during times of limited grazing options.

Cassava has the potential for greater yield than other starchy crops, particularly with the introduction of simple and relatively inexpensive mechanization tools and improved varieties. So why aren’t the leaf and stem waste products used as a supplement? 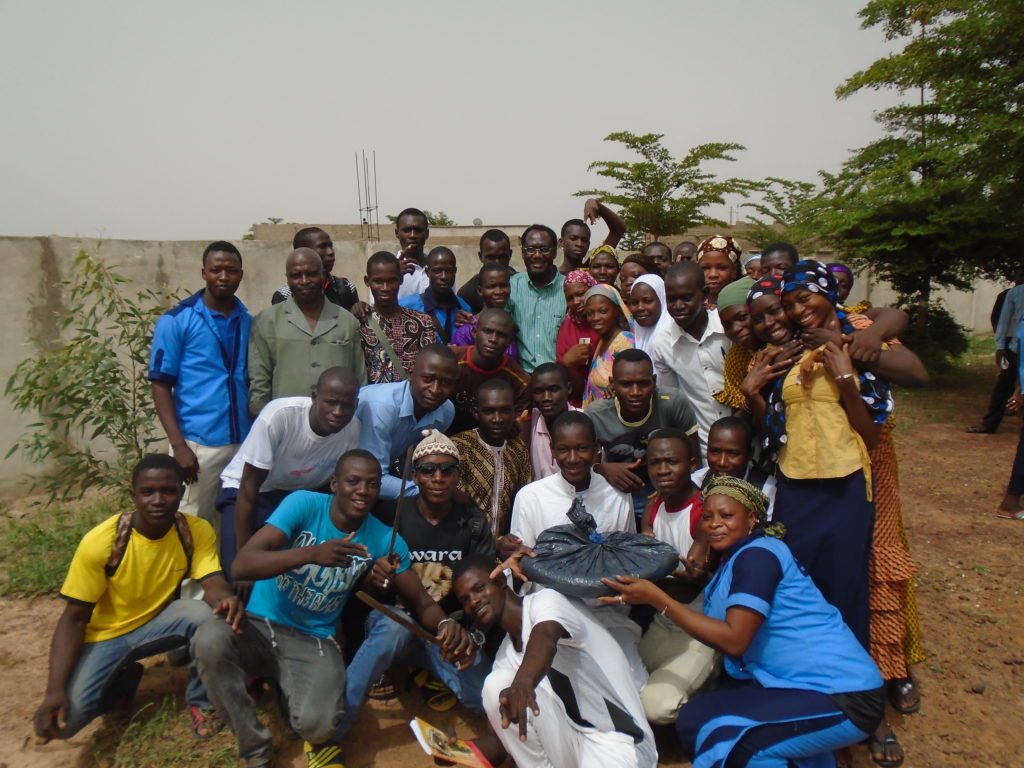 Cassava has one major problem: the roots and leaves of the plants contain a substance that, when eaten, can trigger the production of cyanide. The toxin is called “linamarin.” When eaten raw, the human digestive system will convert this to cyanide poison.

Just a few pieces of the roots, depending on the variety and growing conditions, can contain a fatal dose of poison. This is why traditionally it is prepared by boiling or other methods such as sun drying, baking, fermenting or ensiling to reduce the linamarin content.

Ensiling is as efficient as sun-drying to detoxify cassava and the resulting product is highly digestible and safe for livestock. The role of hydrocyanic acid in the plants and how to manage it is explained to farmers to lessen their fears of livestock poisoning. Cassava hay and silage preservation techniques are demonstrated and the resultant product produced and consumed successfully.

Professor Harouna Maiga, University of Minnesota-Crookston, conducted a series of trainings and seminars for 2 village hosts (village of Konodimini and the Oendebougou) and 3 educational partners (University of Segou and 2 Agro-pastoral schools). A demonstration site with the University of Segou was set up. There were 216 student and 43 farmer participants.

The workshops included information on cassava production, management and its importance in both human and animal nutrition along with the need of harvesting both the roots and the foliage (leaves & stems). Hands-on training is provided on hay and silage preservation. Farmers expressed concerns about cassava toxicity to animals consuming young and regrowth plants at the beginning of the rainy season. The action of hydrocyanic acid to form poison along with the need to control animal grazing to prevent animals getting access to cassava fields was explained. Farmers requested assistance in processing cassava roots for foods to expand their production capacity for both human and animal consumption.