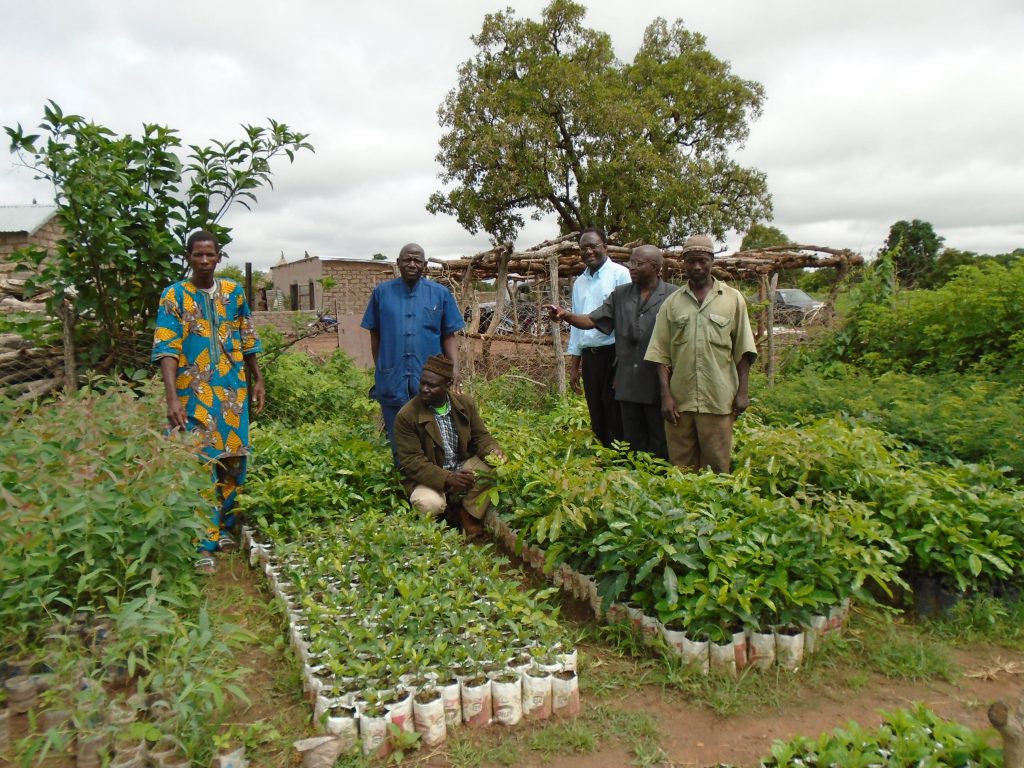 Education to Change the World Motivated by the quote, “education is the most powerful weapon which you can use to change the world,” by Nelson Mandela, Yacouba Diarra persuaded his farming cooperative to host a USAID Farmer-to-Farmer volunteer.

Diarra has worked and lived in the small community of Bougouni since 2005 where he is a member of the Bougouni Farmers’ Cooperative. He and 70 members organize fisherman and animal breeders to improve their practices with the support of each other.

Before the training, members of the cooperative only felt that money could improve their business operations but with Diarra’s confidence, the cooperative accepted the new idea. After the first training with Dr. Joseph Sullivan, over 15 volunteers have traveled from the U.S. to Mali to teach sessions on fish farming, organization of agriculture suppliers, small ruminant and cattle husbandry, breed improvement, tree forage integration, and entrepreneurship.

The cooperative as well as the community dramatically changed for the better. The success of their programs led to seven other villages joining the cooperative and expanding into a union.

“Our organization has expanded membership and now includes 27% women. Members are farming over 500 sheep and goats, along with cattle and fish ponds. We have improved varieties of sheep which sell for 2x to 3x the value of local breeds at market. We’ve learned the principles of sustainability and are producing our own urea lick blocks and planting forage trees such as moringa to improve animal nutrition, reduce input costs, and increase productivity. BFC is also now selling tilapia and catfish fingerlings to other fisherman and earning hundreds of dollars. Our cooperative’s skills in fish pond construction are highly sought after. We now provide trainings on fish farming to others based on what we learned from the American F2F volunteers.”

The skills that are being passed from American volunteers to the BFC are a great example of the possibility that education has on communities around the world. Through the USAID Farmer-to Farmer program program in Mali, volunteers are able to support communities and sustain them in the future.

Adapted from a Winrock Success Story.