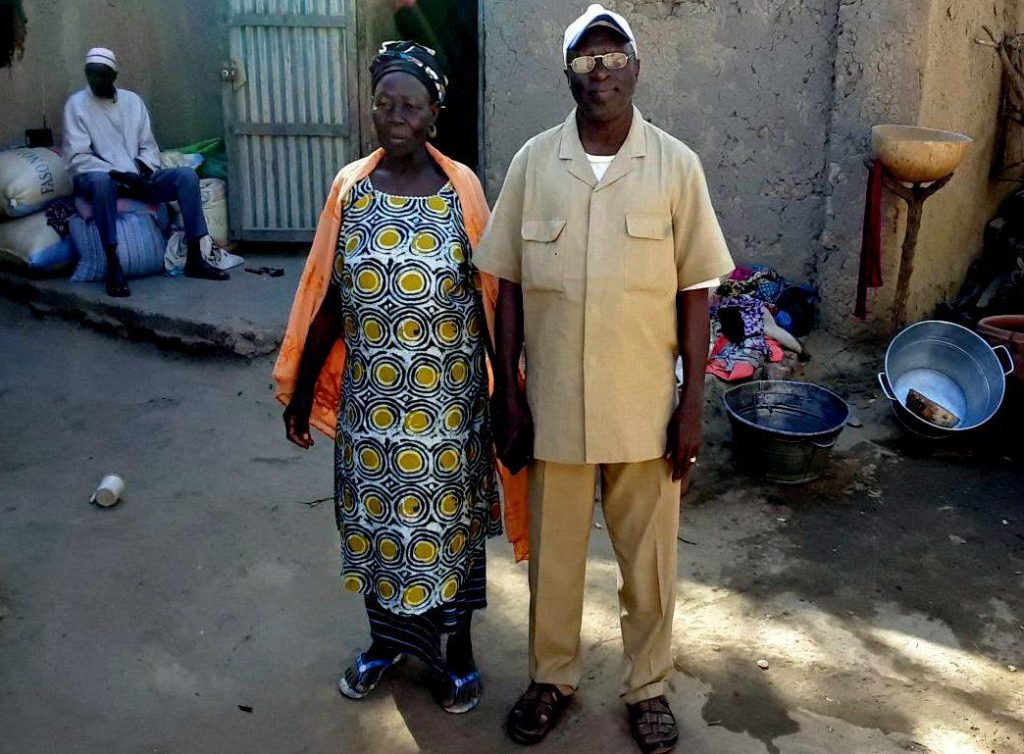 Cassava plants require fermentation to be safe for humans and animals because of the natural cyanide content that is present. Using cut stems and green material, the combination is processed then left in a bag to ferment around 30 days. The farmer is left with a brown, pleasant smelling silage if fermented properly. Using cassava silage that was made in October, the pig farmer was able to keep track of their piglets’ weekly live weight.

At this point it is hard to make a conclusion that the new mixture has made an impact on the weight of the pigs with a small sample size. Other factors such as temperature, stress, malnutrition during pregnancy also effect the growth. For a pig growing in Mali for example, it might start consuming more water than silage or feed because of the temperature which leads to less fattening.

Unfortunately part of this group of pigs was affected by a different problem.

According to the woman farmer who Bengaly met with, the cassava growers are “beyond doubt” the cause of 3 out of the 4 piglets being killed. During the dry season, which typically begins in February until June, pigs are known for roaming to find enough food. In desperation and for their love of cassava roots, the pigs are in danger of being killed by farmers who are protecting their crops. The pigs would cost about 5,000 CFA or $8.25 USD.

Like many problems facing Mali farmers, there are a multitude of perspectives to consider such as disease, dry season effects, and more when it comes to achieving successful pig production. Volunteers will continue to work with this group to help farmers reach their goals of producing a healthy and profitable product.